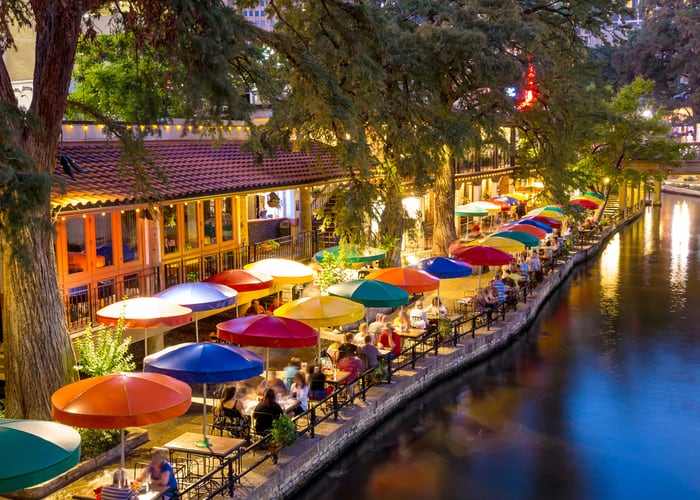 For some, eating is simply a necessity of life and little else. But for others, food is an adventure. When those people travel, the best local cuisine is eagerly sought out and sampled. America is well-known for its regional cuisine. New England has its lobster rolls, New Orleans for its Creole and Cajun cooking, and Philadelphia for its cheesesteaks.

Diners expect diverse cuisine in New York and San Francisco. Overall there are many other gems for foodies across the country. Many of which, they’re even surprised to find. We compiled a list, in no particular order, of some of the best cities in America for food lovers. Check out the best US cities for food lovers below.

Portland is known as a haven for lovers of craft beer, ciders, and locally-produced wine. Along with those quality beverages, Portland offers a burgeoning food scene. Besides innovative restaurants which feature locally grown produce (organic, as a rule), Portland is sprinkled with food carts and open-air markets.

From fine dining to fresh street food, Portland is a food lover’s dream. It also offers more coffee shops per capita than any other city in the country. Many serve coffee from beans roasted on the premises. There is also no shortage of donut shops. Those donut shops are known for offering unusual, alluring flavors and shapes.